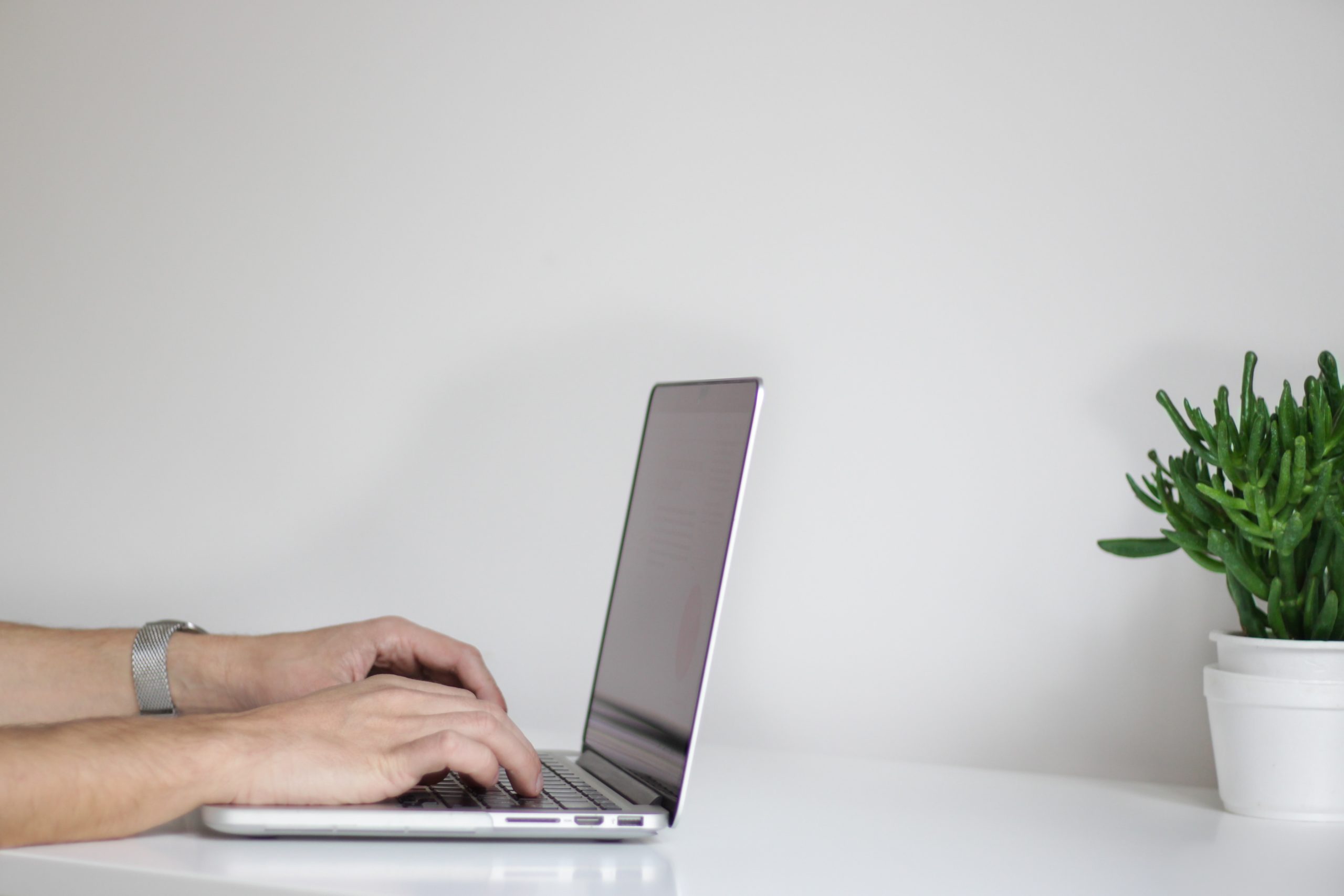 Mr. Jennings, do you have an iPad already?

No, I don’t have one, but I’ve used an iPad. In fact I have made the decision that I would hold off purchasing one – maybe until version 2 or 3. It’s a wonderful device but I think it has some shortcomings which need to be addressed before I really want to use it ‘in anger’.

What kind of shortcomings does it have?

The iPad is a wonderful device for receiving data and information. It removes the perception that access to the internet has to be via either a small mobile telephone or some sort of computer. It gives us a great freedom to access the Net in a convenient way, for example sitting in the living room or when travelling. And as with most Apple products it’s a beautifully designed device and provides a great Web experience.

Mobile phone interfaces are OK for some Internet applications, but are not really suitable for reading large amounts of text. Even with my iPhone I find reading more than a small amount of text or content quite a struggle. I tend not to use it for that sort of purpose. The iPad has made a big step forward in that area.

But still it’s not suitable for the high-quality two-way interaction required for Web 2.0 types of use. So I have the concern that, in its current form, the iPad has replicated a one-way content delivery device, similar to a newspaper, and is going to trap us in the idea that learning is about content delivery rather than being about interacting with others and engaging in rich learning experiences.

What is learning about in your opinion?

John Seely Brown, who was the Head of the Xerox Park research center for many years, together with a colleague of his, John Hagel, recently published a book called “The Power of Pull”. It is based around the fact that we live in a world which is information-rich, but generally interaction-poor. In a learning context, it is a world where learning content is ‘pushed’ to people rather than learners ‘pulling’ just the content they need for their learning to take place. Seeley Brown and Hagel map out changes that are taking place as this information economy of push is shifting to a more interactive, ubiquitous and on-demand two-way communication – a world of pull. My colleague in the Internet Time Alliance, Jon Husband, calls this new world “Wirearchy”. Rather than the hierarchies we have today, Jon believes tomorrow’s new organisations will be interconnected networks with two-way flows of power and authority based on knowledge, trust and credibility. In this world, learning needs to take on a new approach.

Learners do need to have some control over their environment in order to learn. But with these new approaches and access to Web 2.0 tools we are moving away from this whole idea that learning was all about transmitting knowledge. We can find information any time we need it. The role of Learning professionals is no longer to transmit knowledge. Instead, it is actually a combination of providing experience for people, providing the opportunity to practice, the opportunity to talk with people who already have mastery, with peers and others, and providing the time to reflect, to think about what we have learned, what we needed to learn, and if the two have been matched.

And the iPad is not suitable for learning in the new working environments?

If you think of these four aspects – experience, practice, conversations and reflection – the iPad doesn’t fit terribly well in there. Of course it allows you to connect the network and access information and people. It is a great device for information flowing in, but not tremendous for real two-way interaction. It seems to me to be built as a tool to access information and ‘knowledge transfer’, not for real learning and skill building. And it is still very much content-centric rather than activity-centric.

Don’t we need that world of information anymore?

We still need that. In today’s world, access to knowledge is power, so the iPad can really help us in this sense. We don’t need to accumulate so much knowledge in our heads anymore, because knowledge is really dynamic. There is no doubt that anyone who can’t use Google for example, is in major trouble. But everything about how we have learned in the past is changing. There is a lot of pressure to move out of the classroom to the workplace. There is an increasing understanding that we learn in many different ways – from incidental learning to continuous learning. Back in the 19th century, in 1885, Hermann Ebbinghaus identified the “forgetting curve”. He tested the ability to retain information without context. He discovered that, on average, a person will forget about 50 percent of what they’ve learned within an hour of learning it, if they don’t have an opportunity to put the learning into practice. That’s why we need to think more about providing learning in context, in the workplace rather than in the classroom.

But conversations with peers for example don’t seem to be impossible with the iPad. There is already an app called „Flipboard“, that allows the user to read messages of friends on facebook or twitter. So an app for producing content on social networks and interacting may come out soon.

Yes, I think new apps will come quickly, so my reservations I hope are only short-term. Additionally, there will be a lot of applets appearing which Apple doesn’t produce itself – as has happened for the iPhone. Therefore as a tool the iPad has a huge potential for learning and development. But we have to think about what else we need to hook into, so we can use its power as well as we can.

You can buy new applications in the Apple Store. Might a really successful iPad be the death for the open web and open learning?

The iPad will give birth to a large number of companies building applications and functionalities to work with the iPad and maybe modifying the services. But the open web movement is really powerful and, I think, will remain so. We have seen the strength of open source recently in learning technologies with some move away from the traditional learning management systems towards, for example, Moodle which is an open source system. Moodle is very flexible, cost-effective and simple to get up-and-running. We’ve also seen it in the browser world in the move into Firefox or in the move of operating systems to Linux. So I really doubt that the iPad is going to be the death of open source. The open web movement is far stronger than Apple, or any single technology company.

Concerning the new world of Wirearchy, leaders and managers play an important role, but they may fear for their power. Against this background, is it likely that they will push the further development of the iPad towards more interaction?

The time of the idea that you have the control of your data and your information has actually passed. You can manage it to a certain extent, but you no longer have total control of it. Today, managing people means to get the best out of them and supporting them. The old command and control systems don’t work anymore – depending on the culture you are working in they are diminishing faster or slower. One of the key features for managers is that they should be supporters and facilitators of learning. And therefore they don’t have a choice to allow more interaction. They simply must do it. And so I hope that this is also the way the iPad evolves – towards facilitating more interaction.

Can you give an example that speaks for this evolution?

Recently I talked to the head of learning from a company in the UK called the DSG International. This is the Dixons Group, with the large retail chain PC World and a chain of shops called Currys which sell home electronics and household appliances. The busiest time for their learning management system is between 9pm and midnight. The device that is most used to access to it is a PlayStation. The iPhone constitutes 5 percent of access and the iPad was something like 3 percent of accesses already. The people that work in this company tend to be in their twenties and thirties and mostly they are technical people. This is an interesting trend – the iPad is already becoming a new device for training and learning in the group of younger people that is also using social networks.

3 percent seems a lot having in mind that the iPad has been available for some few months now.

I am sure that number will increase. Once we get applications for interactivity and interaction in the iPad, that will really make a huge difference for learning.

Coming back to the iPad as it is now. Do you know companies that are using it systematically for learning processes?

If Apple allowed Adobe Flash to be supported, you can almost say every company could use the iPad for learning, because a vast majority of eLearning is produced in Flash. But I know a few companies that are already using it even without Flash. For example, in the UK, the Royal Artillery – part of the Brisith Army – is using the iPad with troops preparing to be deployed into Afghanistan when they are learning basic things such as military procedures. Hewlett-Packard in Germany is also using the iPad for learning purposes. And there are a number of universities in the United States that are planning to give their students iPads as part of their introduction when they start their courses.

I have heard of companies that are using the iPad most of all for conferences. They organise their papers on the iPad and read them on screen to cut down on needless printing.

Of course, it is the first really readable device mobile that we have apart from notebooks and netbooks. The Kindle wireless reader has some good features like that, but it is dedicated for reading books. And I think the Kindle hasn’t lived up to expectations. The iPad is the first really high quality general purpose, handheld and readable device that’s been taken up by the general public. So it is certainly allowing us to get away from printing each paper or book and reduce costs. The Stanford Medical School, for example, provides students with iPads. School officials hope for significant cost benefits by switching to the iPad because medical textbooks costs can run as high as $200 each for paper editions while e-editions are typically only slightly less. For companies it may also bring cost advantages. I think the iPad will slot into mobile learning as maybe the big brother for mobile solutions simply because it is more easily readable and extremely portable.

And maybe it is better adapted to transporting complex content than a smartphone?

That is absolutely true. But again, the problem of not supporting Flash is a little bit of challenge for both Apple and for the users, because with Flash developers can, of course, do some really complex things. We will see what Apple produces to fill that gap. At present, the iPad is not exactly world-changing. In the future it may well be. The interface, as with most Apple products, is so well built and easy to use that even a two year old child can find their way around it. Obviously, that is a big starting point. 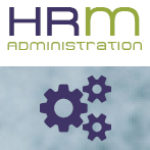 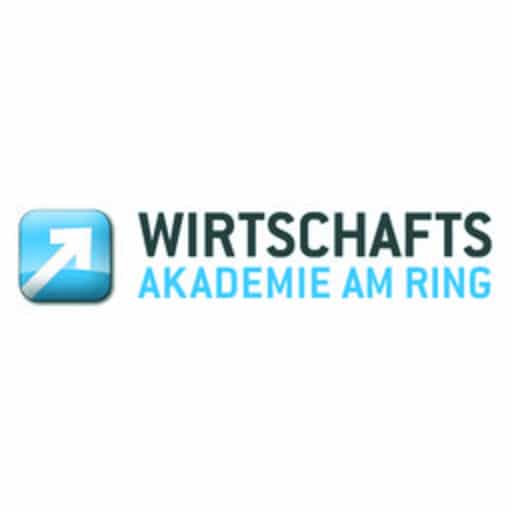 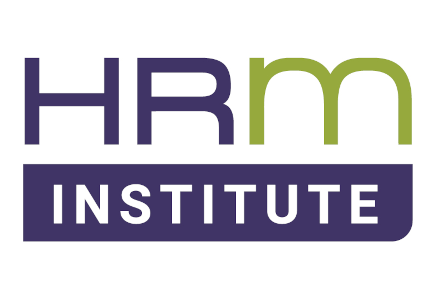 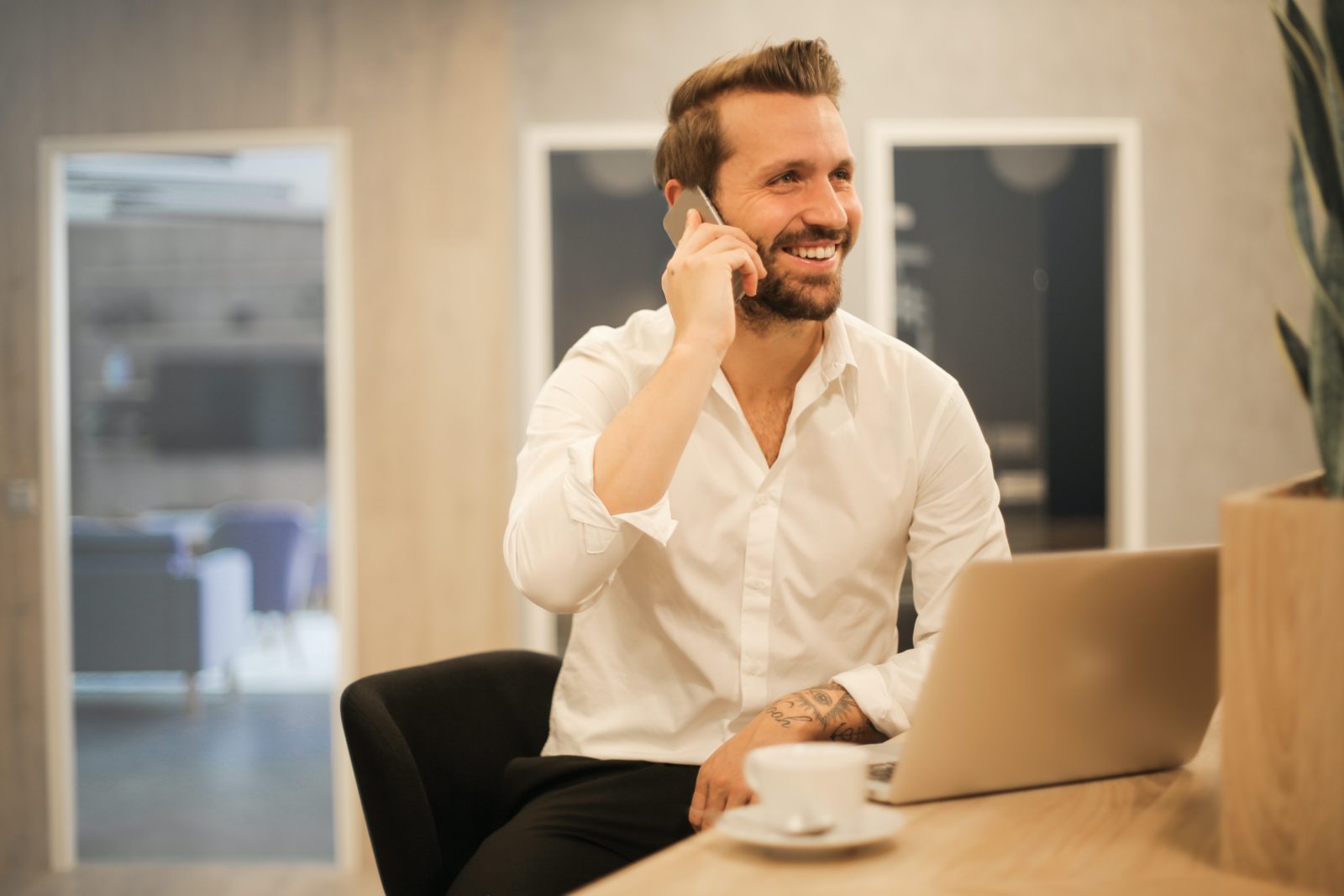 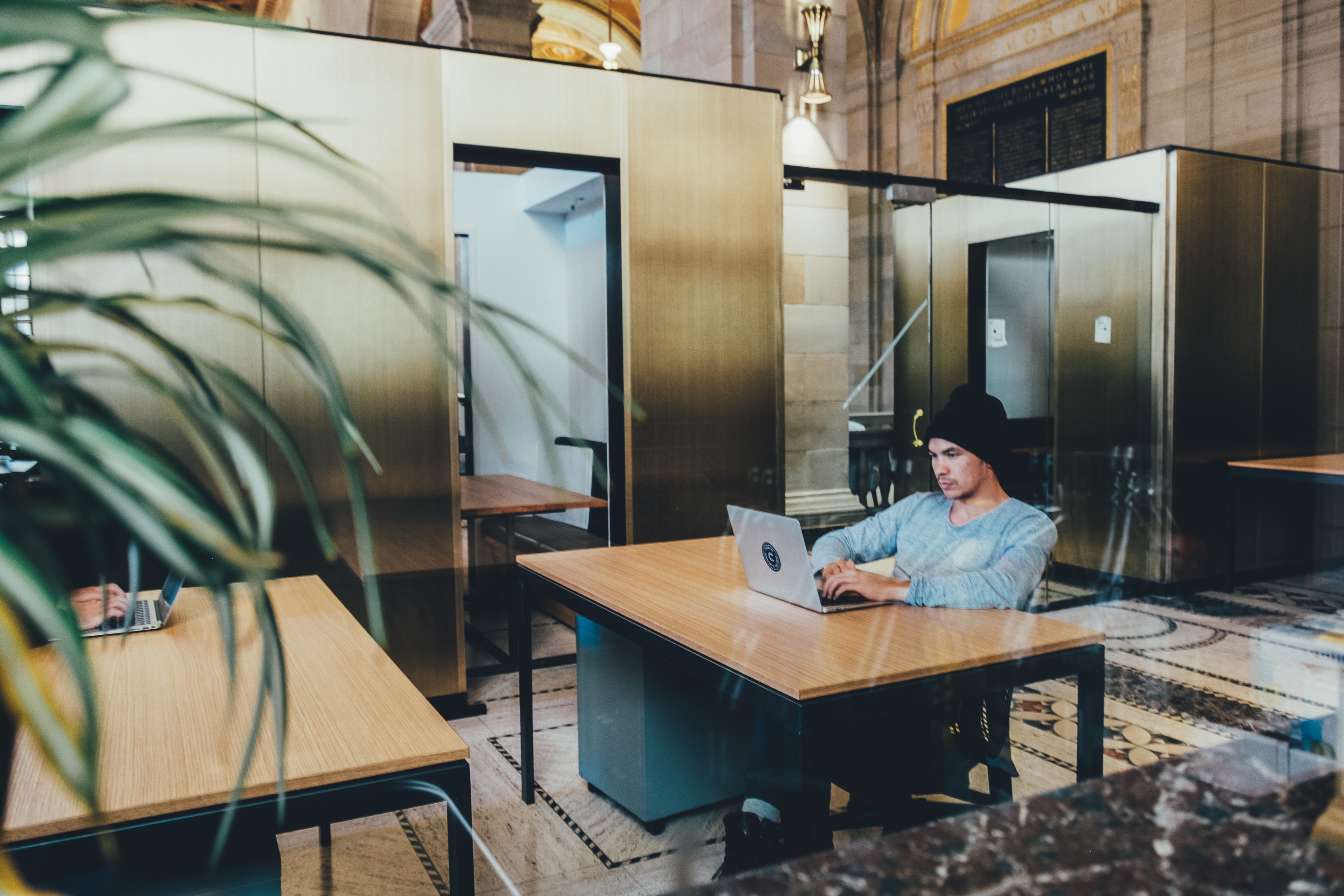 “Women on the move” 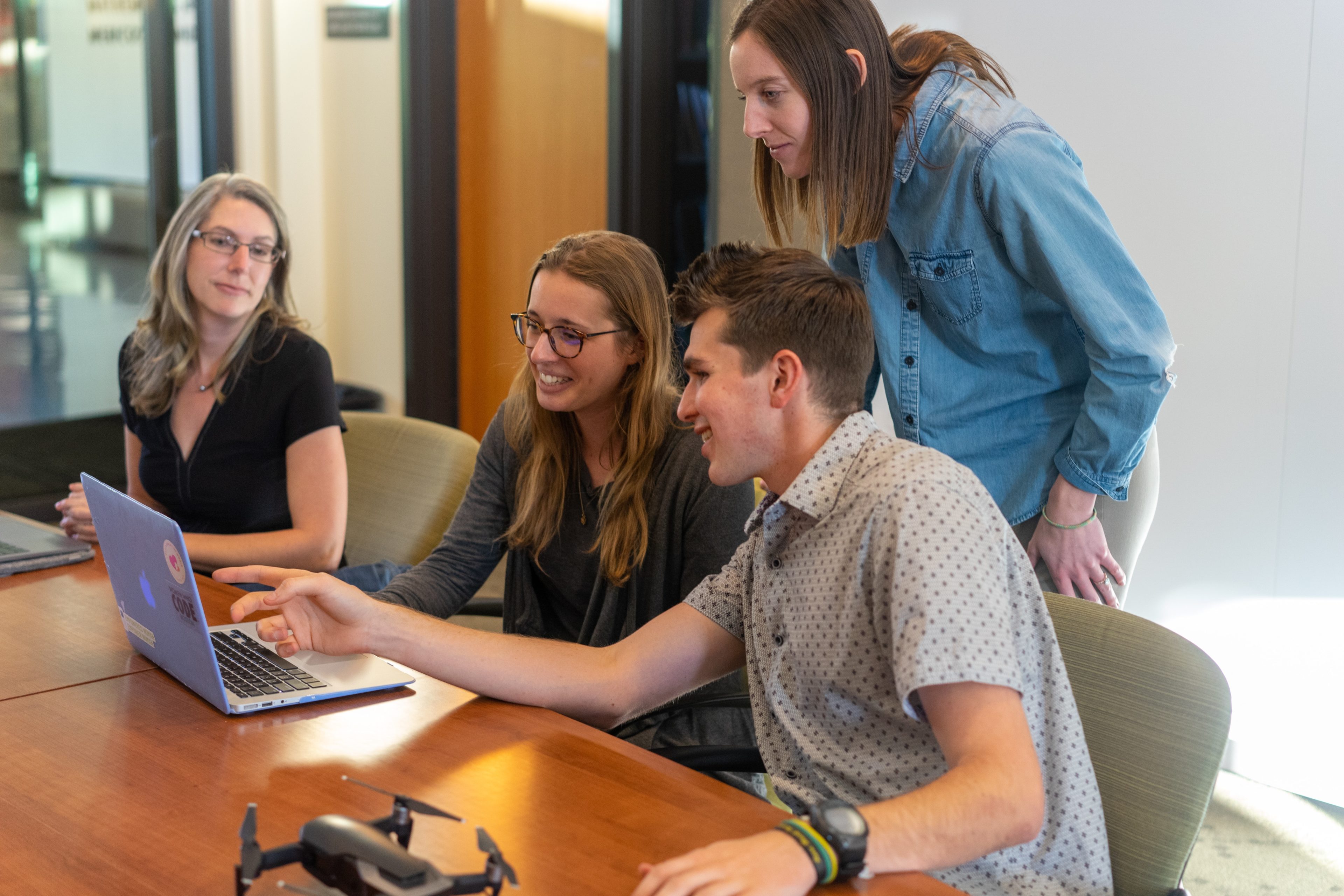 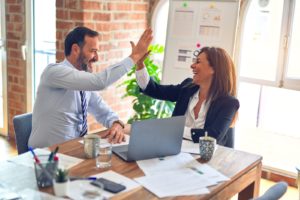 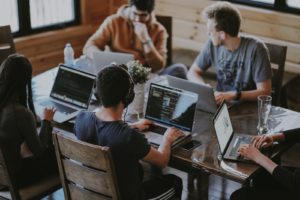 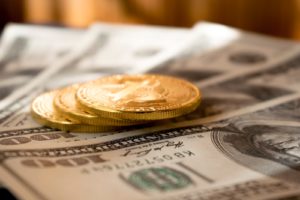