Startseite » Learning & Development » “Openness has to be the way forward”

“Openness has to be the way forward” 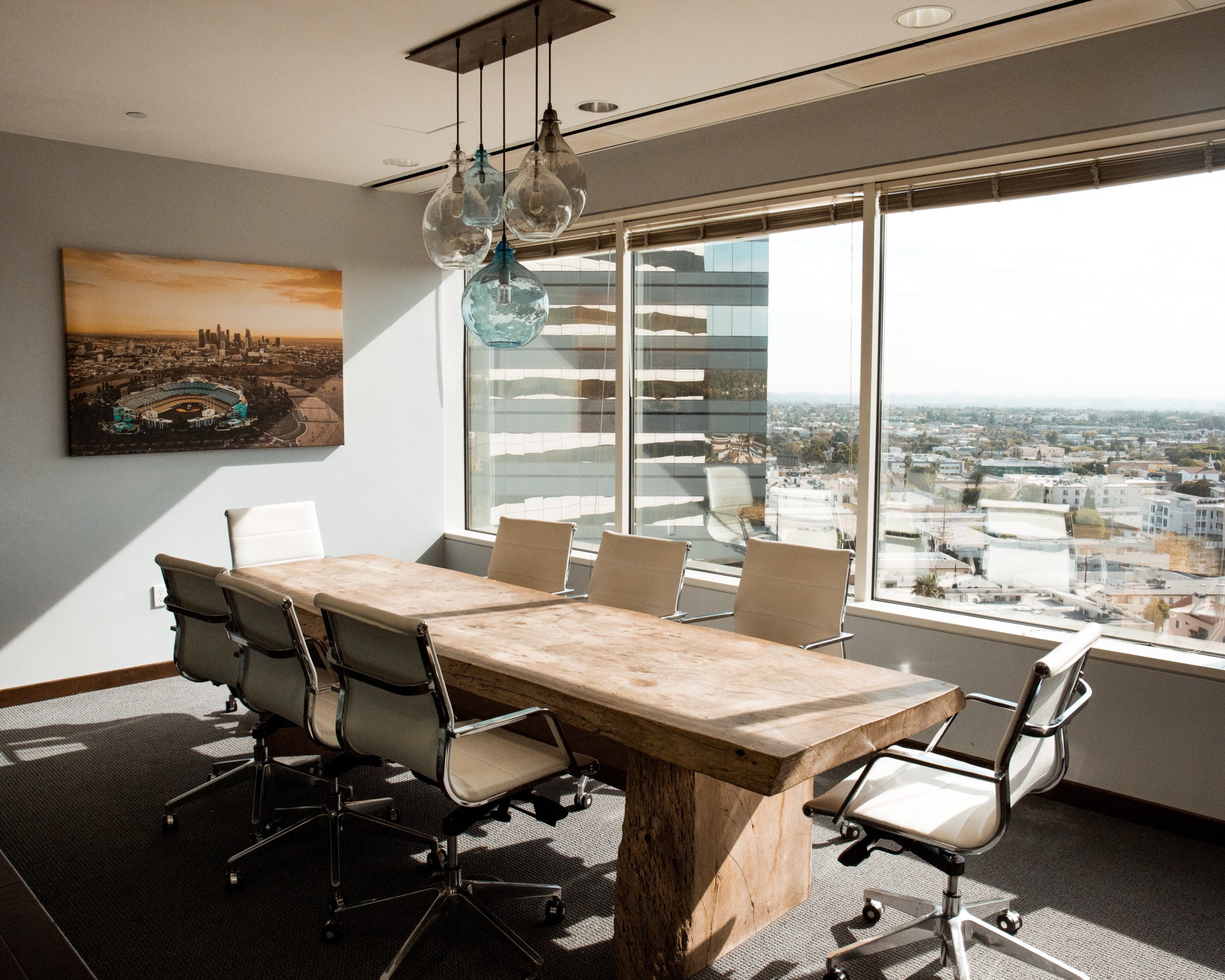 Foto von Dane Deaner
Prof. Wheeler, you have been working in learning technology for over 35 years. Does the evolution of learning still hold surprises for you?

Oh yes. It never ever ceases to amaze me. Every day I am surprised because new things are coming to me and I discover new technologies or I learn about new software. The important thing for me has always been to find out what is coming next, because I want to be prepared, not just to know about it myself, but also to tell other people what is ‘just around the corner’ and how you can use it.

What has been the biggest surprise in the last years?

The biggest surprise for me so far has been social media: it is the biggest thing in the last ten years to hit the world of learning technology. Everybody can connect with everybody else now anywhere in the world. You can literally tap into any community of practice that you are interested in and find people who are very clever and knowledgeable and get almost instant answers from them.

Do you see this change as some kind of revolution in learning?

I go along with the opinion that it always has been an evolution but not a revolution. We are all building on to the previous work of other people as in the expression “standing on the shoulders of giants”. The first technology for me was always language. And since those days we have learned to turn communication into other forms – first the telegraph, then the telephone, radio and television, mobile phones and then the internet – they are all versions of language and ways of sharing our ideas with each other.

You already mentioned social media as one of the most important technologies that have changed learning. Which other technologies are there, that have had a similar impact?

Probably one of the biggest innovations has been the mobile phone. The ability to talk or send texts to anybody in the world – that was important. But with smart mobile phones there are so many new applications available now. Together with social media those two innovations are transforming the way we work and learn.

You predict in your blog that the future of learning apart from being social and mobile will be open. Can you illustrate this prediction?

Open learning and open scholarship are important to me because to be open is to be honest – and there are still too many people hiding behind walls, saying things that they don’t mean or can’t prove. For me, knowledge is like love: You can give it away as much as you like but you still get to keep it. Why should we charge people for information that they really need to survive? Brian Lamb, who is a Canadian academic and a friend of mine, recently said: “With this economic crisis that we are in now and the global problems that we are experiencing it seems perverse and wrong to hoard the knowledge and only give it to people who can pay for it”. So therefore openness in all its forms has to be the way forward. Open learning is also a second chance for people who have failed in school to get a qualification later in life, which is exactly what I did: I left school with nothing and I went to the Open University when I was in my thirties and got my first degree.

There are also other things like open access to knowledge, which more and more journals are providing for free, and there is open scholarship: As open scholars, I and others like me share our knowledge and our concepts for free: all of my blog posts are free and so are my slides, pictures, photos and videos.

And do you get a response from the people who read your content?

Oh yes. And I can also learn from them. Open scholarship means that as an academic I open myself up to criticism. People can actually point out to me what I may have missed out on or what mistakes I may have made. In effect, open learning in all of its forms becomes a reciprocal arrangement: it’s a mutual giving and receiving – all for free.

Do you think that learners already use those new technologies with all their possibilities?

Yes, it’s becoming a huge movement in the world. You see, social media is a leveler: everybody has an equal voice to say what they believe and to argue and discuss with each other. You send your thoughts around the world and people respond very quickly. I had conversations this morning with people in Australia, in New Zealand, Canada, all over Europe, and Malaysia. This would never have been possible without the internet and social media services like Twitter and Facebook.

Will learners need new skills to use these new technologies?

I think “skills” is probably not the correct word to use, I prefer to call them literacies. Literacies are skills, but they are more than that, because literacy means the ability to engage with your culture more deeply. Students – and teachers as well – will need to learn a lot of new literacies as these technologies become more pervasive in society. They will need for instance what is called “transliteracy”, which is the ability to present yourself and your ideas across multiple platforms and to switch very quickly between them without losing quality of content. The new literacies are also going to involve skills like the ability to be wise to the fact that not all content on the internet is correct, accurate or up to date.

What do these developments mean for trainers and how do they adapt to these changes?

Some trainers find it hard to keep up because they think it is too fast and too complicated for them to understand. But any teacher or trainer can exploit the power and the potential of these technologies. Most of them are free and easy to use and there is a definite pedagogy underpinning the use of these technologies. They just have to be aware that there are privacy and identity issues, issues of safety and content management. I urge every teacher and trainer to try these technologies out in a safe environment to see how they work and what they can do for their learners.

Can we apply this also to corporate learning: Do companies use these technologies and how?

Oh yes. I can give you an example: Just recently I was speaking at a conference in London. 450 people attended from all the major companies, from banks, manufacturing companies, the police, the military and government departments. All of these 450 people were doing something new with technology and wanted to hear all about the latest digital media and technologies. I think that it is a growing trend that corporate trainers are tapping into the power of these media.

And do companies support the use of these technologies by their employees?

Well, corporate barriers are a problem – for instance when the management says you are not allowed to use Facebook because it’s against the company policy. I say to them, if you ban Facebook, you are losing one of the biggest opportunities to gain social credibility and social traction that you are going to have: the power of social media to connect people professionally as well as personally. The ability to tap into a professional network is one of the most valuable things that any employee can have. So do not turn your backs on social media in the workplace. Rather than block it, facilitate it in a way that it becomes a benefit to both your employees and your company.

You once said that learning transcends the boundaries of the classroom. Do you see problems when professionals, for example specialists in a certain field, connect with others from different companies?

Companies obviously want to protect their secrets, they have to – to a certain extent – because if they don’t, their rivals will come in and steal their ideas and capitalise on them. But there are ways of sharing information, there are also ways of marketing where messages become viral, enabling you to exploit the power and potential of social media, to sell your ideas to people. You see, all of my content is licensed under creative commons, which means that it can be shared and repurposed under the same license with which I have licensed it. Sometimes people translate my blog posts into other languages, and this way I get a huge audience which I would otherwise not have had. This is what companies have to see: They may wish to protect some things, but they may also wish to open up their ideas to sharing, to gain more credibility, more effective marketing and more efficient promotion of their ideas and products.

Do you think that people need rules for the use of social media in the company?

I don’t think that rules work anymore. Governments have tried to impose rules, they have tried to block Wikileaks for instance and failed notoriously, because the internet is far too big for one government or one organization to control. Many companies will have rules, but if they find that these rules are actually causing them damage, they will have to revise them and make them more flexible.

In Germany HR professionals have to face the demographic change. Are the new learning technologies just a new way to learn for digital natives or also for older people?

I don’t believe that younger people are more adept in using technology just because they were born after 1980 and I don’t want to categorize people this way. In my view, it is all about context rather than about age. What matters is what uses you see for the technology and then there is a willingness to learn to use it. These technologies are for everybody to use, demographics such as age don’t really matter that much.

How far are all these changes we talked about international phenomena?

In one sense there are huge differentials between how people use technology to learn to connect with each other, to communicate, to do commerce or business. If you go to Singapore, there is a population of people who are very much immersed in technologies, because it is one of the most wired – or wireless – countries in the world. You can’t compare that to Gambia in Western Africa, a very small nation where they don’t even have electricity for most of their country. But in other ways everybody is in the same boat, because everybody wants to learn, everyone wants to have a good life. The needs, aspirations and hopes are the same, but our opportunities are not the same. The future is unevenly distributed, which means that the future is not here yet. 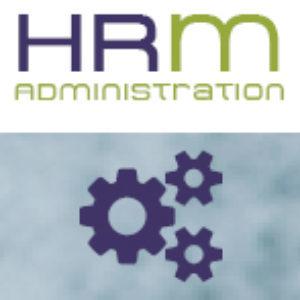 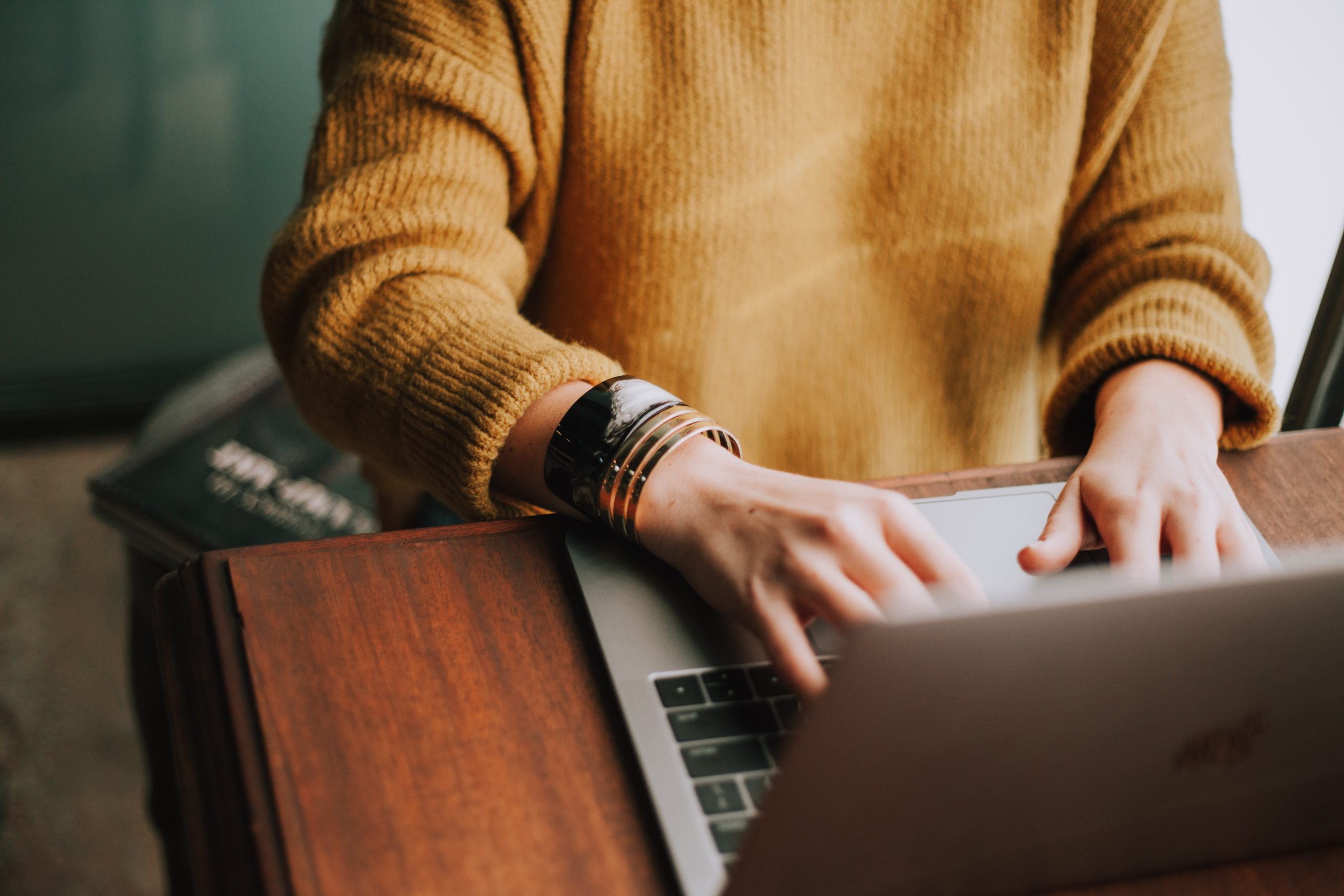 UPS Moves Driver Training From the Classroom to the Simulator 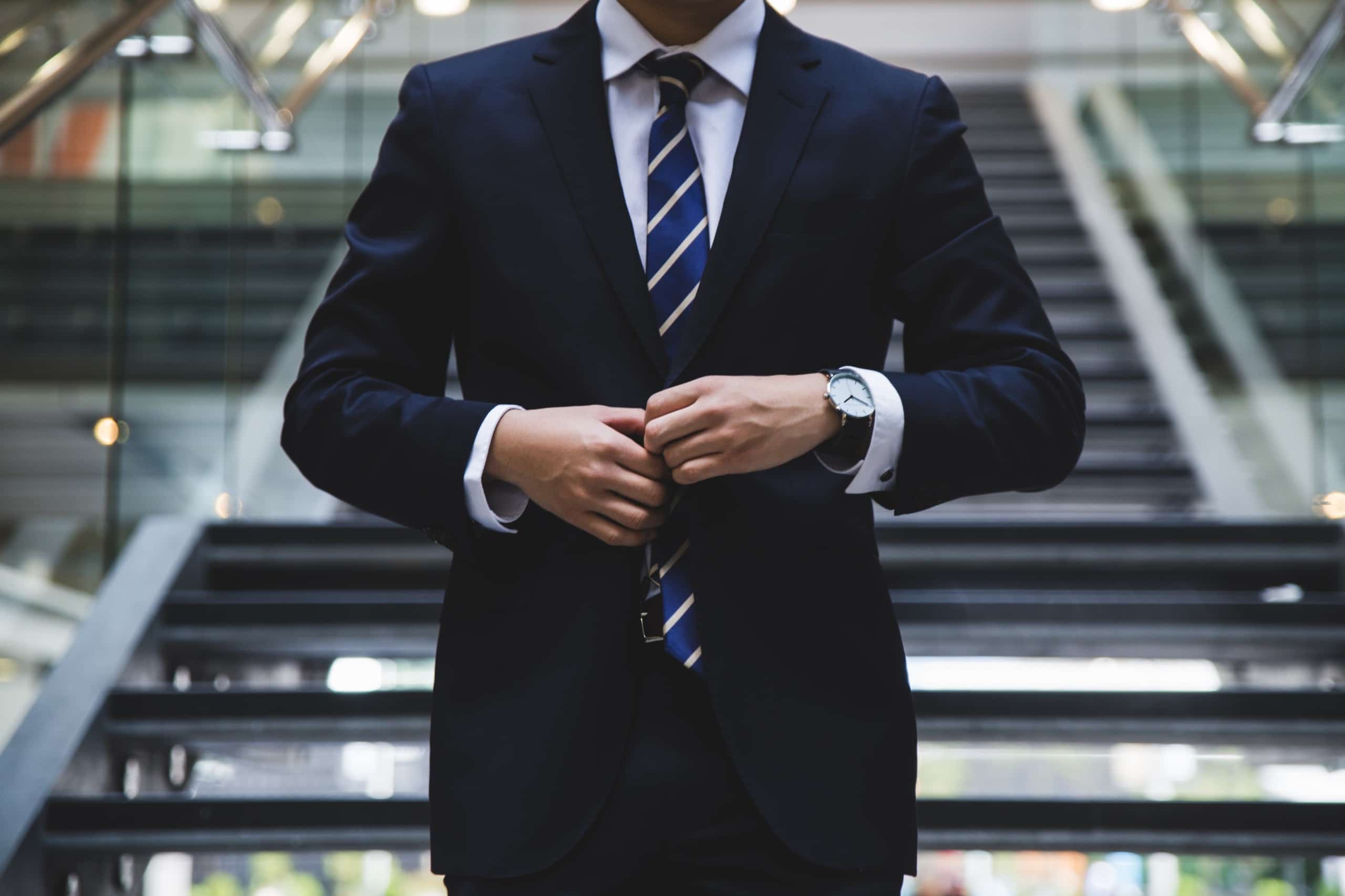 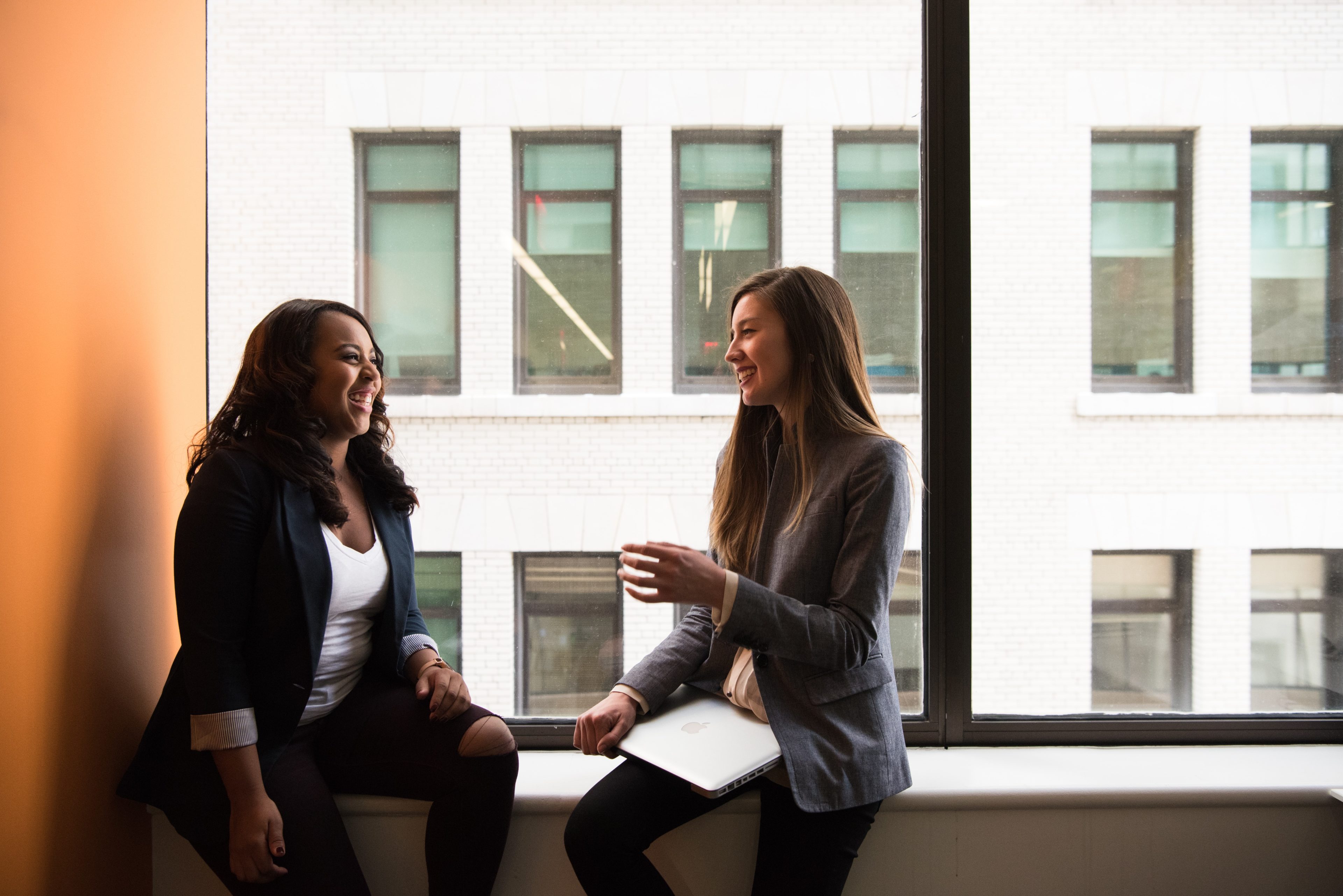 Its a great year to be in HR